Sorry! You missed Wayne Brady at The Theater at Hard Rock Hotel and Casino Atlantic City

Unfortunately, we don't have any information about upcoming performances of this show. Maybe we can interest you with something similar from the options below... 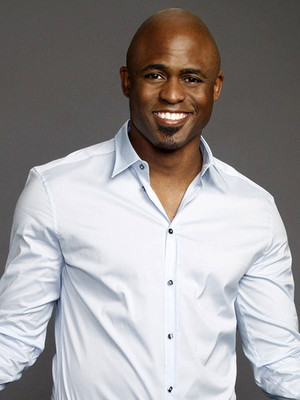 Wayne Brady can do it all. He tries to anyway, and doesn't often miss.

The Whose Line Legend

Wayne Brady is one of the top entertainers of our time! Earning a name for himself on the hit TV series Whose Line Is It Anyway with his lightening quick improvisations (the singing segments are always a speciality), he's since appeared on everything from How I Met Your Mother and Stargate SG-1 to American Dad (and maybe most memorably) The Dave Chappelle Show. Most recently he was seen strutting his stuff in the hit Broadway show Kinky Boots, as the fabulous drag queen Lola.

You'd never guess that this top-rated comedian in fact had very humble beginnings - Brady started his career in entertainment in a Universal Studios theme park show! He earned his comedy strips by performing at Orlando's SAK Theater Comedy Lab, where he gained invaluable stage experience and was able to explore his comedic calling. See how far he's come when he hits in , ,

Sound good to you? Share this page on social media and let your friends know about Wayne Brady at The Theater at Hard Rock Hotel and Casino Atlantic City.