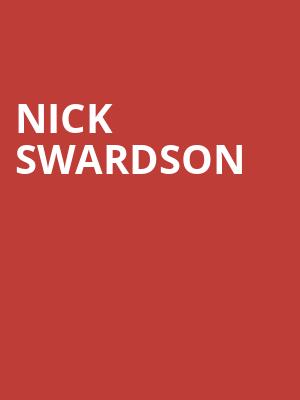 Catch the comedian and former star of Reno 911! live

Get Ready To Laugh Out Loud!

Nick Swardson is an actor, screenwriter, producer and stand-up comedian who got his big break in the series Reno 911! where he played Terry Bernadino. The Minneapolis native started out in his career as an entertainer when he was just a teenager and performed at stand-up nights on the local comedy scene before moving to New York, and later Los Angeles, to pursue his comedy career.

In recent years Swardson has become a key player in Adam Sandler's Happy Madison's productions. He joined Sandler, Spader and co. in the worldwide smash Grown Ups 2 in 2013 and also headed his own feature, Bucky Larson: Born to be a Star. Swardson's stand up tends to focus on his incredibly drunk nights out and the magical realizations which are reached when blasted out of your mind. Catch Nick Swardson when he performs near you soon!

Sound good to you? Share this page on social media and let your friends know about Nick Swardson at Borgata Music Box.